Mannheimer Maimarkt was moved to the Friedensplatz in 1962. Here the idea came to organize a riding tournament within the Maimarkt.

Since 1964, the Maimarkt-Turnier has been an integral part of the international sport calendar. This was first held in May 1964 at the Friedensplatz. In addition, a new stadium was built for the Maimarkt tournament.

After almost two years of construction, the Maimarkt and the tournament were able to move to the new Maimarktgelände in Mühlfeld.

First-time hosting of German championships in the newly built Mannheim riding stadium, but for the time being for juniors and boys riders.

This year the Reiter-Verein Mannheim was the organizer of the first German championship in both dressage and show jumping. Winners were Paul Schockemöhle and Helena Weinberg.

The special feature this year was the first time the Bundeschampionate was held in Mannheim.

This year, the second German championship took place in Mannheim. The winner was Otto Becker and Helena Weinberg.

For the first time under the dressage ponies a federation was crowned.

This year the Reiter-Verein Mannheim hosted the World Championship in Voltigieren. Never before has the event been so popular and appreciated by the public. This led to the boom in the Voltigiersports in Germany / Europe.

Two years after the World Cup, the next German championship took place in Mannheim. Winner among the men was Klaus Husenbeth, among the Amazons Nadine Capellmann.

Also in 2007, Mannheim was the organizer of the European Championship of the Jumping Riders. Meredith Michaels-Berrbaum and Shutterfly secured the gold medal.

Since 2007 the riding stadium has been named „MVV Reitstadion“.

This year is considered a special year in the history.
On the one hand, Mannheim celebrated the 50th anniversary of the traditional Maimarkt tournament with Peter Hofmann, who has been responsible for the organization for 30 years. On the other hand, the 400thMaimarkt was held as „the largest regional fair in Germany“. 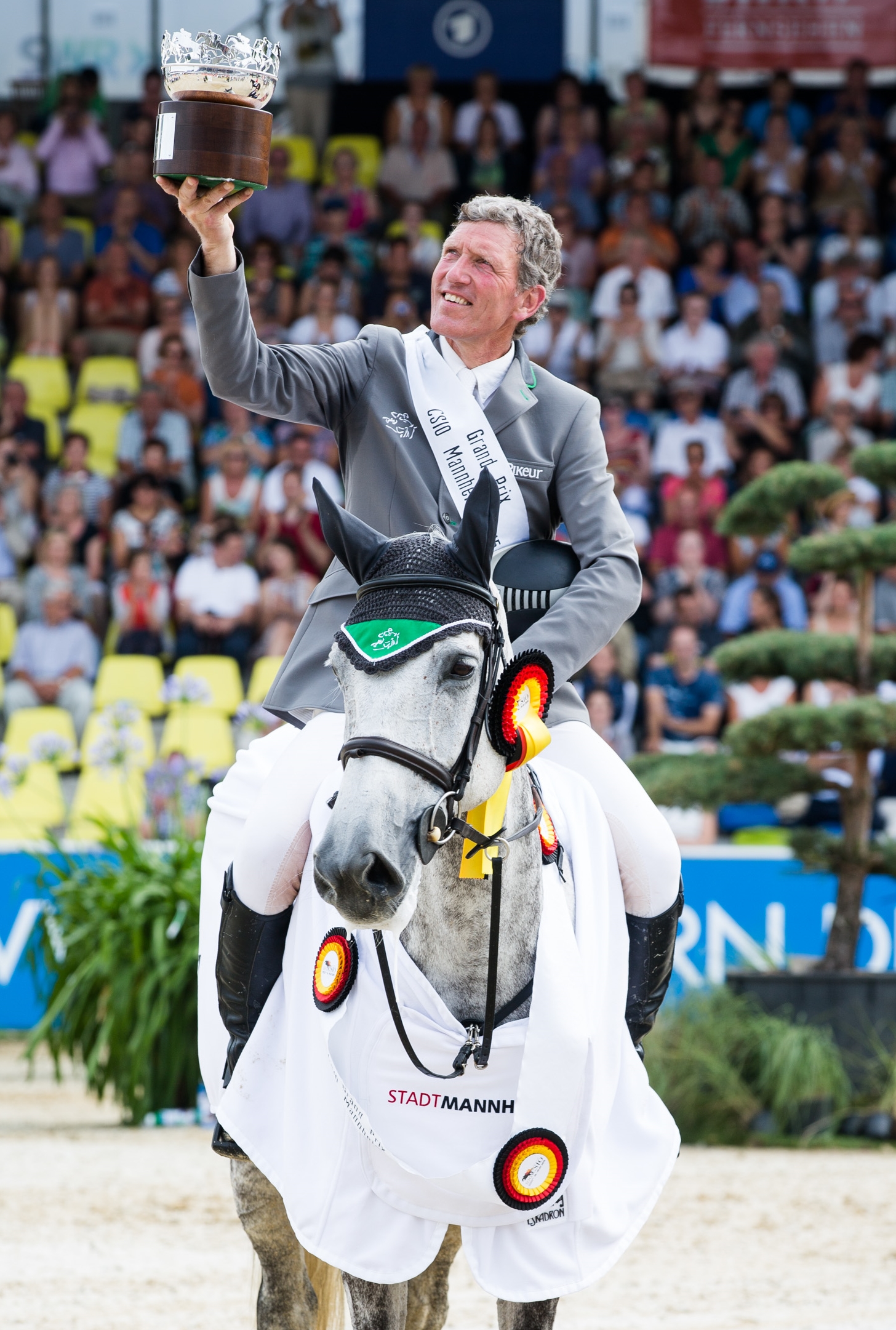